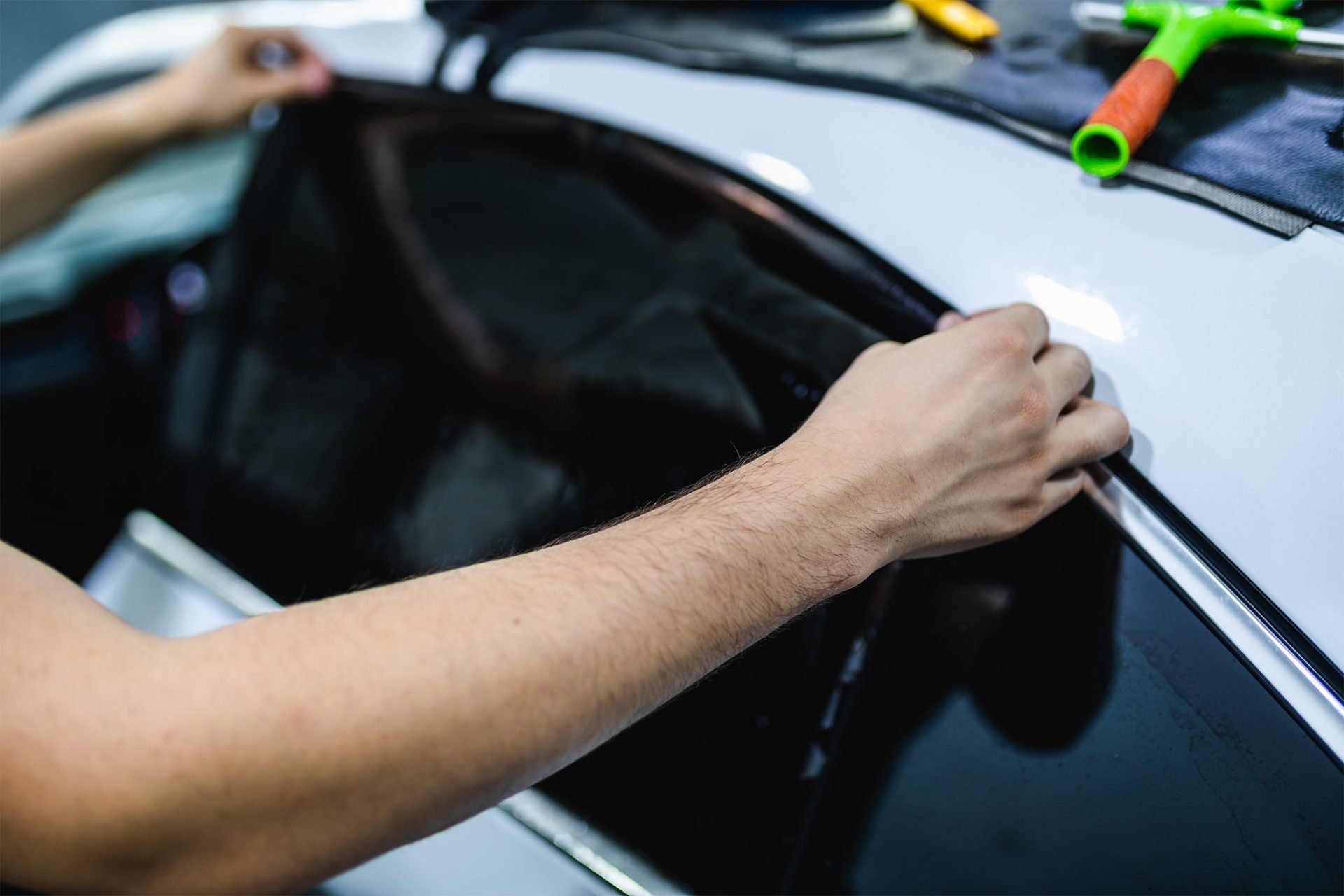 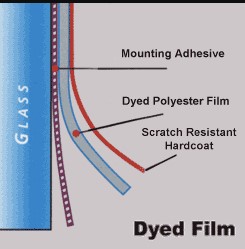 Dyed films are the most are the most economical and cheapest way of reducing the amount of light that is entering the interior of a car. These films absorb translucence, create darkening and prevent UV rays from entering the interior of the car. Dyed films are less efficient and functional right from the beginning, in comparison with metallic films. In a long-term perspective, dyed films will not last as long as films with a metallic layer. Looking through them will also not be crystal-clear right from the beginning, and will only worsen over time becoming turbid (the film will fade). These films are mainly used for changing the visual appearance of a car. These films are mainly thin and provide little protection against scratches. By choosing the cheapest tinting option you will have to give up sun heat rejection, and crystal-clear view from the inside towards the ouside. The lifetime of these films will be short and they will being to fade, become blue and turbid relatively fast. Many car owners believe that they will use their car for a couple of years and then just sell it. Upon selling the car to the new owner, the film will have started to fade or will have already become blue, and that will no longer contribute to the car’s value as a tinted windows extra option. Upon removal of the old film, there is a 50% chance that the heating elements of the rear windshield will no longer function. 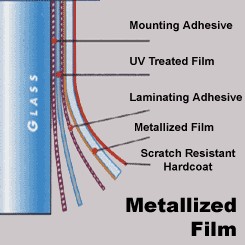 During the production process of metallic films an invisible powder-layer of metallic particles is integrated in the film, providing sun heat rejection effect. In comparison with the economic class films, these metal particles provide a gloss effect that prevents heat from entering inside the car. These films have a thicker structure, which is important in case the glass breaks, and have a thicker scratch-resistant layer. Metallic films will have a longer lifetime in the long run without changing their looks, meaning that they will not begin to fade before the end of manufacturer warranty period and will remain crystal-clear. These films reject 99.9% of UV rays and sun energy; these numbers can be found in the film darkness and tone technical data. By installing metallic films, the chosen darkening will not be an encumbrance for you during both day, and night time. The visual and practical characteristics of these films exceed those of the economy class dyed films. Upon choosing to install the highest quality original metallic USA films onto your car, your ride will become comfortable and pleasurable. It is also important that, upon selling your car, you will be able to specify an extra feature – windows tinted with metallic film.That will be perceived as a major benefit by the new owner, since the tinting will not have to be replaced, which will also be certified by a warranty certificate issued by the installer. 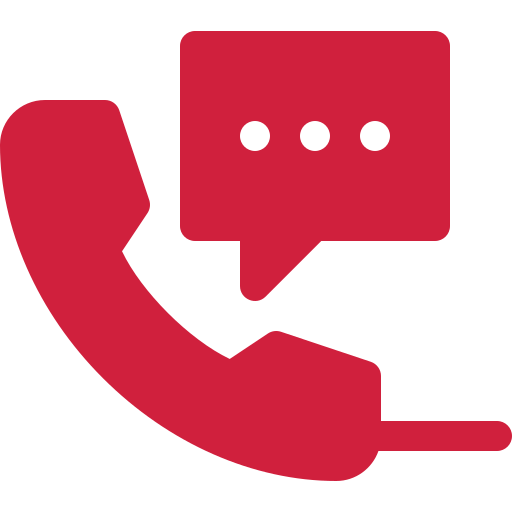